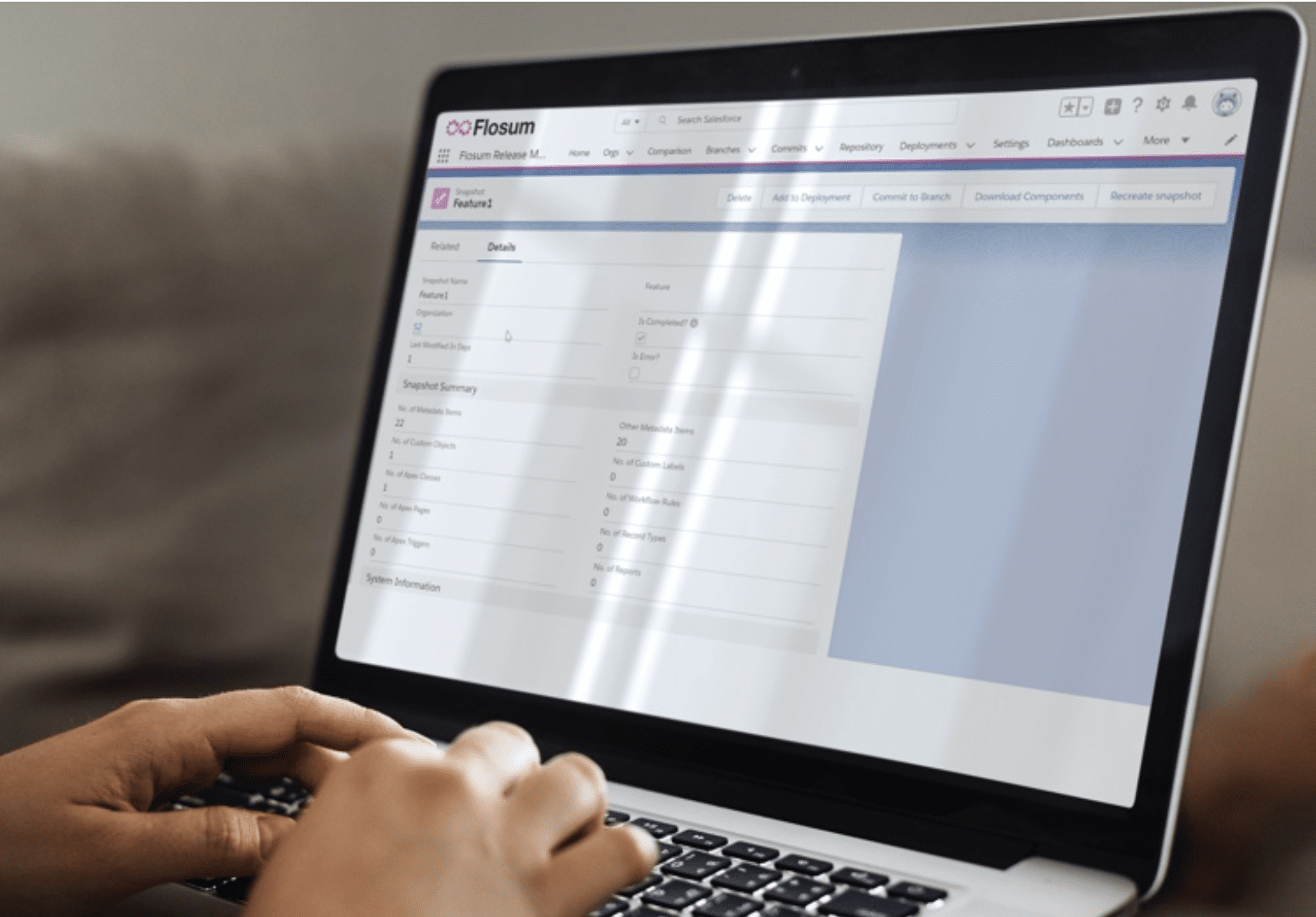 Salesforce has a unique cloud-based architecture with innovative features that are not available in other development environments such as Java, C++, or other programming languages. Because Flosum has a version control system that is very tightly aligned with the Salesforce platform, it can leverage those features while natively handling all Salesforce components, including declarative components, lightning components, and static resources.

The following features are just a few of those included in Flosum to allow you to fully manage your version control system:

The screenshot below shows the various versions of a Visualforce page. You can see how each component was changed and who made the change, the commit history of each component, and even differences between multiple versions of the same components. If necessary, you can deploy an older version of the component from the repository.

Flosum offers branching capabilities similar to those of most open-source version control systems.

As developers change components in the developer sandbox, they can commit those components to a specific feature branch. (Feature branches can be integrated with an Agile change management system such as Jira, Agile Accelerator, Service Cloud, etc.) As soon as changes are checked in, Flosum can run static code analysis and automatically check for potential conflicts. If a pipeline is set up, the components are automatically deployed to the various orgs as defined in the pipeline.

Flosum has put a lot of effort into ensuring that the code merge is easy for all Salesforce components. Flosum‘s version control can handle all components, including programmatic components, declarative components, lightning components, static resources, and others.

Pull requests allow a developer to notify team members that a completed feature is ready for them to review. After all approvals are obtained, the developer can then merge that feature branch to the master branch.

In a world of continuous integration, code must be tested before being submitted to the master branch to become part of the code base.

Flosum allows developers, reviewers, and QA teams to review and annotate the code right in the version control system.

Flosum allows developers to quickly and easily synchronize their changes with changes done by other developers. Staying in sync with other developers is important to ensure that the entire development team is working with the latest code in their sandboxes and to prevent any code overwrites.

Developers can pull down the code and configuration changes from the master branch, or any other branch, into the developer sandbox.

Roll Back From the Master Branch

Even developers can make mistakes! Flosum makes it easy to roll back changes made to the master branch in order to prevent erroneous changes being propagated to the rest of the ecosystem.

Each individual commit to the repository in Flosum can be rolled back. Such a commit could represent a single user story or the entire release.

As shown in the example below, Flosum helps you fix mistakes by automatically detecting which components and corresponding versions need to be included when you roll back changes from the master branch.

Salesforce Version Control – How Flosum offers the Joys of GIT